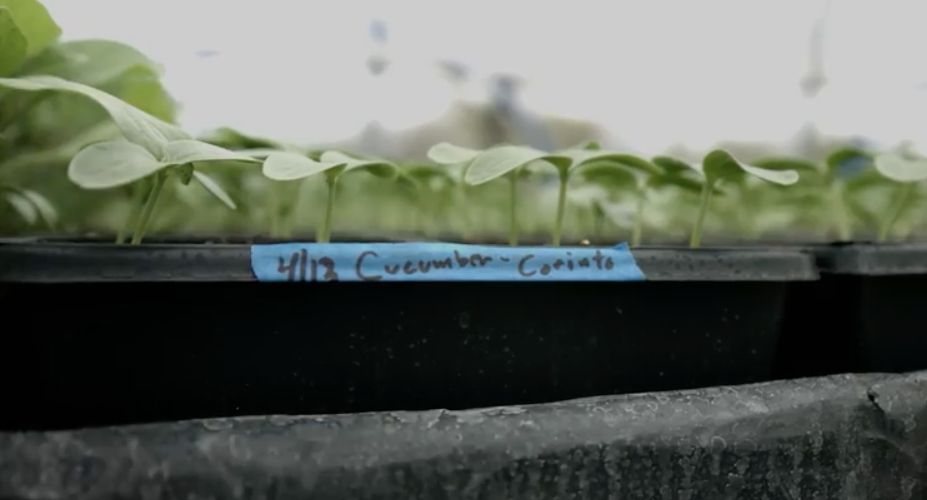 I am an emotional person. I regularly wear my emotions and my passions on my sleeve. As a pastor this occasionally gets me into trouble, but I have embraced this reality as the way I am, as the Psalmist says, “fearfully and wonderfully made.”

Throughout my time in the Wabash Pastoral Leadership Program I was encouraged to embrace my pastoral identity and gained confidence in using my passion in creative ways to the glory of God and for the good of all whom God loves. The program provided the time and space needed for me and my clergy colleagues (and now friends) to think critically about important issues facing our communities today, as well as, wonderful conversation partners who inspired us and instilled in us the courage and imagination necessary to engage these issues in our local contexts. I would not be the pastoral leader that I am today without this wonderful program, and there would be no Teter Organic Farm.

I am so thankful that the program stimulated my pastoral imagination. On our two study trips I witnessed how a variety of pastoral leaders were creatively engaging in ministry with those on the margins. During our North American Study Trip we visited an environmental stewardship organization called A Rocha Canada in suburban Vancouver, BC. Here I saw how environmental education, conservation, and community supported agriculture could build bridges among diverse populations and foster true community.

This was particularly impactful for me because at the same time my congregation was seeking a missional focus for a 120-acre property that had been donated to the church in 1981 by Ruth Teter, along with a substantial trust fund. Since that time the property had served as a seldom-used retreat center, and part of the land was cash rented to a neighbor who conventionally farmed corn and soybeans. After 34 years, however, the trust fund was about to be depleted and there was no plan for how to sustain the property once the money ran out. A wonderful gift was about to become a burden to the congregation.

While at A Roche Canada the vision for Teter Organic Farm began to take shape. I began to see how God might transform this underutilized property into a place that could be a centerpiece of community life focussed on combating food insecurity, reconnecting people to the land, and building life-giving relationships. When I returned to Indiana this vision was confirmed in countless ways, and in 2016 we grew 10,000 lbs. of organic produce on a ½ acre of land that was then donated to local food pantries and feeding programs.

After returning from our International Study Trip to South Africa, I felt God once again stretching me to expand the vision of Teter Organic Farm. After a year of farming under my belt I had begun to develop an affinity for agrarian imagery. So my ears perked up when we were blessed with a morning conversation with Peter Storey and he reminded us that, “You cannot arrive at the truth in a monoculture.” And in fact, even nature itself is a polyculture. Then he encouraged us to “find and fashion strategies of change that are consistent with the mind of Christ…without fear or favor.”

While we were doing good things growing food for hungry people, we needed to change our strategy to do more to build bridges among people. I knew that the monoculture of many farms today was eroding and poisoning the soil, and the monoculture of many of our communities – including my own – was eroding our sense of the common good and poisoning us against each other along racial, gender, age, class, economic, sexual identity, and religious lines. I realized biodiversity did not just apply to plants, and when applied to human flourishing, different people performing different functions allowed all to thrive.

So now while we have expanded our production to 2 ½ acres this year, we are doing so while intentionally building friendships with our Jewish and Muslim brothers and sisters, ESL students, inner-city and rural youth, as well as, congregation members. Together we are listening to, learning from, working with, and enjoying one another as precious children of God. Every day I give thanks for the pastoral imagination and courage to step out in ever expanding ways because of my experience in the Wabash Pastoral Leadership Program.

Receive an invitation when applications open.