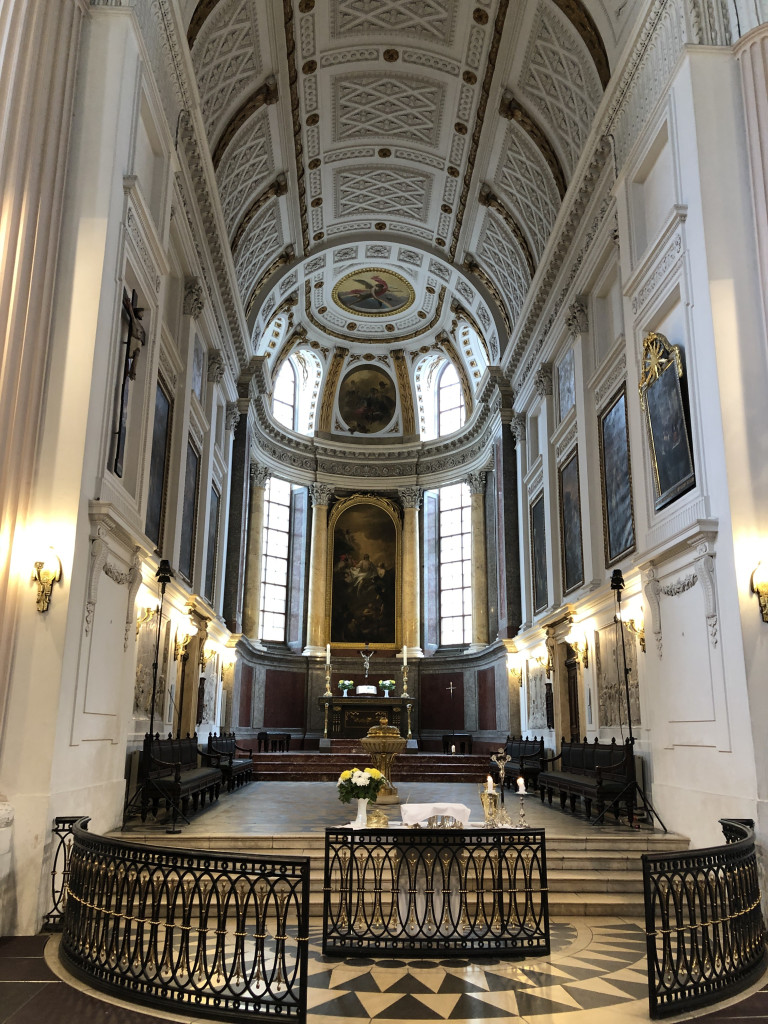 The Power of Prayer and Candles

While on sabbatical this summer I became intensely curious about a pivotal moment in history when things went right, when they shouldn’t have.  It should have been a bloodbath, and it wasn’t.  Why?

In the 1970s the 800-year-old Nikolaikirche in Leipzig began hosting “Peace Decades” (10 days of prayer vigils and services) every November out of a growing fear of the arms race. In 1982 they moved these to every week, gathering under the theme “Swords into Plowshares” to pray and talk politics.  Eventually these gatherings became a key time for opposition and protest groups (environment, denuclearization, emigration, reform, etc.) to meet.

Buoyed by Gorbachev’s talk of perestroika and glasnost, a sense that reform might be possible grew.  Groups began holding small-scale marches out of the Peace Services, marches which were quickly shut down. The police started blocking all accesses to the Nikolaikirche.  They spread rumors: they were hooligans, violent criminals, they wanted to undermine society. They arrested and detained many.  They set dogs on the protestors and beat and hurt many.

On October 2, marchers from the Nikolaikirche were beaten by police.  On October 9, the Nikolaikirche were a tinderbox.  The police sent stooges into the church to disrupt the services.  The prayers and meetings seethed with differing opinions.  The sermons (there were at least three) were on the Beatitudes, Jesus’ nonviolent ways, pleading people to not meet hatred with hatred.  None of them gathered knew what waited outside: police, attack dogs, live ammunition?

When they left they found 30,000 people with candles, waiting to embrace them.  They began marching around the ring road, a main street in Leipzig, their numbers swelling to 70,000, chanting and singing “Wir sind das Volk!” (We are the people!).  They came to a chain of police, specially armed with live ammunition, who had been given the order to shoot.  They came face to face, no one sure what would happen… and the police gave way.  This is the moment that fascinated me: why?  Why did this go right?  Why didn’t they shoot?

As I attended concerts and worshipped in the Nikolaikirche, I also wondered what made this church, this congregation, at that moment, such a consequential and world-changing place.  What leadership, what discernment, what prayers led them to such a dangerous moment?  It was certainly not easy — the regime fostered disagreements, some in the church hierarchy wanted them to wait, that this was not the right time, there were arguments about tactics and strategy, but still, out of this church, the moment that changed the world marched forth.  Why?

Horst Sindermann, member of the Central Committee of the GDR, said “We had planned for everything. We were prepared for everything. But not for candles and prayers.”  The secret police had barricaded the doors to their headquarters, but were unprepared for marches who placed candles on the steps.  I believe in the power of prayer.  I believe in the power of candles.  Do I believe they can change the world?

Receive an invitation when applications open.